Lolita from the novel "Lolita" published by the famous Russian-American writer Vladimir Nabokov in 1955, was adapted by Stanley Kubrick into the movie "One Tree Pear pressure begonia ", describes a middle-aged professor called Han Bo and 14-year-old girl Delly (Lolita) entangled relationship, the actress named Lolita. Since then, Japanese have made 'Lolita' a synonym for innocent adolescent girls, calling girls under 14 "Lolita Generation" or "Loli" for short. In 1997, the film "Lolita" remade again, popular in Japan, Harajuku streets began to rise court doll look fashion trends. Another argument is lolita originated in the Victorian dress, and was Rococo style combined with the style of dressing. After this style in the last century began to pop in Japan. The Japanese movie "wife" under the heroine wearing no less than 30 sets of different lolita clothes. 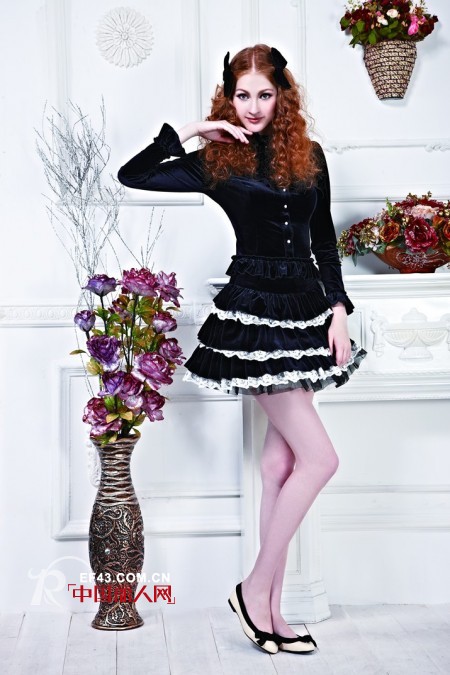 A, SweetLoveLolita --- pink, pink blue, white and other pink series, a large selection of lace fabric, in order to create a doll-like cute and brilliant, is the most popular style in Guangzhou, walking in the street is not too Too publicity. This is called "Sweet Lolita."

Second, ElegantGothicLolita --- main color is black and white, the characteristic is to express the feeling of mysterious terror and death. Usually accompanied by a cross of silverware and other decorations, as well as the more intense dark makeup, such as black nails, eye shadow, lip color, emphasizing the mysterious color. This is called "Gothic Lolita."

Third, ClassicLolita --- basically the same as the first, but to simple color-based, focused cut to express elegant mind, the color does not overhang, such as brown and white. Lace lace will be reduced, while lotus leaf folds are the most distinctive, the overall style is relatively flat, suitable for early gamers.

Lolita is not just a fashion trend, it's a way for young people to express their emotions, or self-protection to make up for lack of confidence. As Alison Wilson, a development psychologist, points out, young people are at the stage of 'self-awareness and confusion'. They often have innocence and dreams, they have the desire to get rid of reality and need to find themselves, so they challenge themselves unruly and wildly Tradition, expecting to be watched, understood, approved and truly accepted by others.

Henan Nanyang Han Peng Legend Clothing Co., Ltd. adhere to the concept of the dissemination of classical culture, innovative culture for the purpose of the birth of "Han peng love" love friends of the "Oriental Lolita" brand, the brand is committed to make more Princess Dreaming women realize their princess dream, guide more women to realize the princess dream. And the refined, elegant way of life spread to all the high-taste women.

The General Characteristics is: