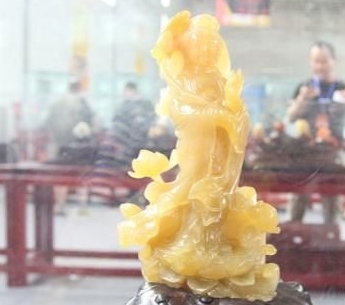 â€œJinsiyuâ€, also known as Karamay jade, originates from the Karamay in the northern part of Xinjiang in the Silk Road and its surrounding areas. It is scarce and rare. In 2011, the research experts officially renamed the Karamay jade as â€œJinsiyuâ€.

China Newcastle Karamay July 27th (Reporter Tao Yuke) Nearly 1,000 tourists from all over China visited the exquisite gold silk jade sculpture in the Urho district of Karamay, Xinjiang on the 27th. Silk and jade are attracted by rich colors and moist texture. â€œGold Silk Jadeâ€ was originally called Gobi Jade, and later it was also named Karamay Jade because it was from the Karamay in the north of Xinjiang in the Silk Road and its surrounding areas. It was scarce and precious. In 2011, the research experts formally renamed Karamay jade. "Golden silk". "Jinsiyu" has gradually become popular in the market since 2011.

After Hetian Hetian in Xinjiang, â€œJinsiyuâ€ was a rising star and was discovered later, with a small scope of distribution, mainly in the landforms of Urga Yadan in Karamay, in Buksay County in Tacheng, and in Fuhai County in Altay, Burqin County, Beitun Township, Fuyun County, Tushan Shanshan County, and Hami City.

Wang Gengsheng, deputy mayor of Karamay City, said that Karamay's â€œJinsiyuâ€ is a typical wind-eclipse watcher and treasurer for millions of years of natural baptism. It is a gift to nature and a virtue. A culture of man and nature. It is a difficult fate and is a kind of jade with high hardness.

â€œBecause it is rich in color, high in hardness, good in toughness, good in durability, easy to emboss in textures, non-fading, abrasion-resistant, stable in physical and chemical properties, it allows the masters to use their imaginations, and it can be worn even more. The moisture is more beautiful," said Wang Gengsheng.

At the jade sculpture competition held here, Ju Jianxin, president of the Golden Silk Culture Promotion Association in Karamay, Xinjiang, said: â€œThe highlight of this gold and jade sculpture competition is the integration of the 'Karmay culture' into the carving process and the use of richness. The Wuerhe Culture, with its rich colors and rich colors, has created a great creative space for the masters in carving. The overall level of this year's sculpture competition has greatly improved, and it has promoted the development of gold silk jade culture. It is very important to promote the development of Karamay."

This year's sculpture contest lasted from July 27th to August 10th. In order to enhance the gold silk jade brand effect, this competition launched a new bright spot: adding jewellery works to the entries, setting the best jewellery creativity award 3 and awarding prizes, carving In addition to the gold, silver, and bronze medals, the works and original stone works added a best jade carving craft prize, a carving work excellence award of 20, and a rough stone work excellence award of 10, with a maximum bonus of 50,000 yuan. The level and level of jade carving work have also made a qualitative leap compared to the first session. The number of participating national athletes has increased and the level of craftsmanship has increased.

We are most professional and competitive Brass zipper Manufacturer of China.

Brass zipper is used in Packaging, Apparel, Crafts, Bags,Shoes, suitcase,Sofa,Decoration, and Many Other Uses.

The material is including 62# brass,65# brass,you can choose eco-friendly 65#.

It is available in Over 250 Colors.

The slider can be with logo and without logo. 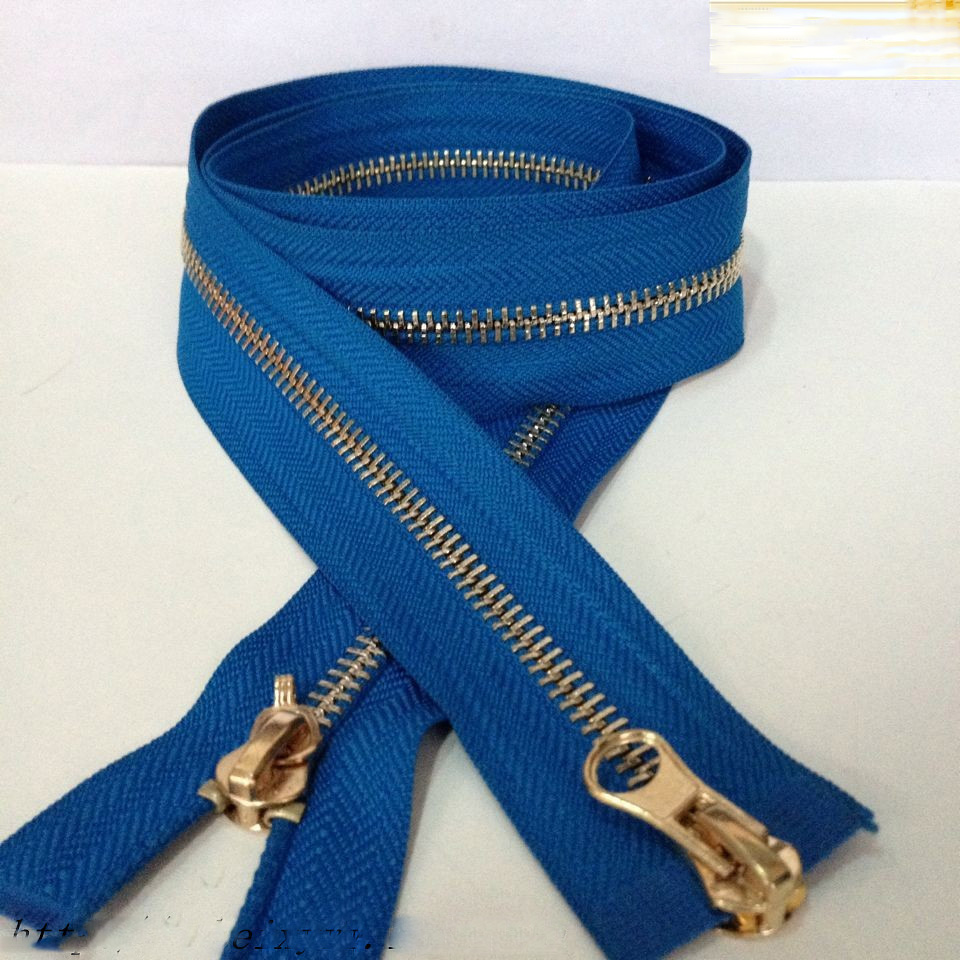